A handy father’s creative way to force child confessions was told to me by the author of Selling Songs.  He told a story from his childhood.

“Growing up my brother and I had B.B. guns and would shoot them all the time.”

One day the boy’s father came to them, angry and annoyed that a few of the panes of glass from his 9-pane shed door had been broken out.

“Who broke out my window panes with their B.B. gun?” He asked the boys. 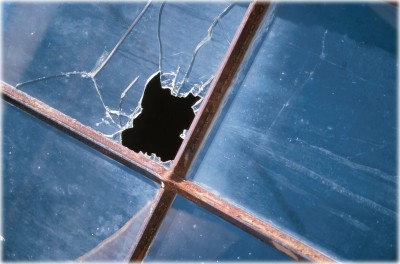 Both boys denied having anything to do with the broken window panes.

The boy’s handy father, being a detective in the local police department, went to work figuring out the culprit in the best way he knew how.  He dusted for fingerprints on panes of glass, the doorknob to the shed, and even the B.B.’s off the shed floor.

Having laid the whole array of evidence out on the dining room table, he called the boys in to give testimony.  Little Scotty S. who knew he wasn’t guilty, had no problems giving his father a full ten finger set of prints, and found the process to be humorous.

Boy number two, when it was his turn to get the fingerprinting done, gave his hand to his father and immediately burst into tears.  He expressed his remorse over the breaking of the windows. “I’m so sorry Dad.  It was me!  I broke the windows!”

This creative way to force child confessions has to be one of the funniest memories for the family growing up.  I’m sure that you have some stories to tell of your childhood.

What types of things did you do as children?  How did your parents force a confession out of you?

Let me know in the comments below.  Share this post with anyone you think may find it funny!

Have a broken window? Try: Working Windows, 3rd: A Guide to the Repair and Restoration of Wood Windows