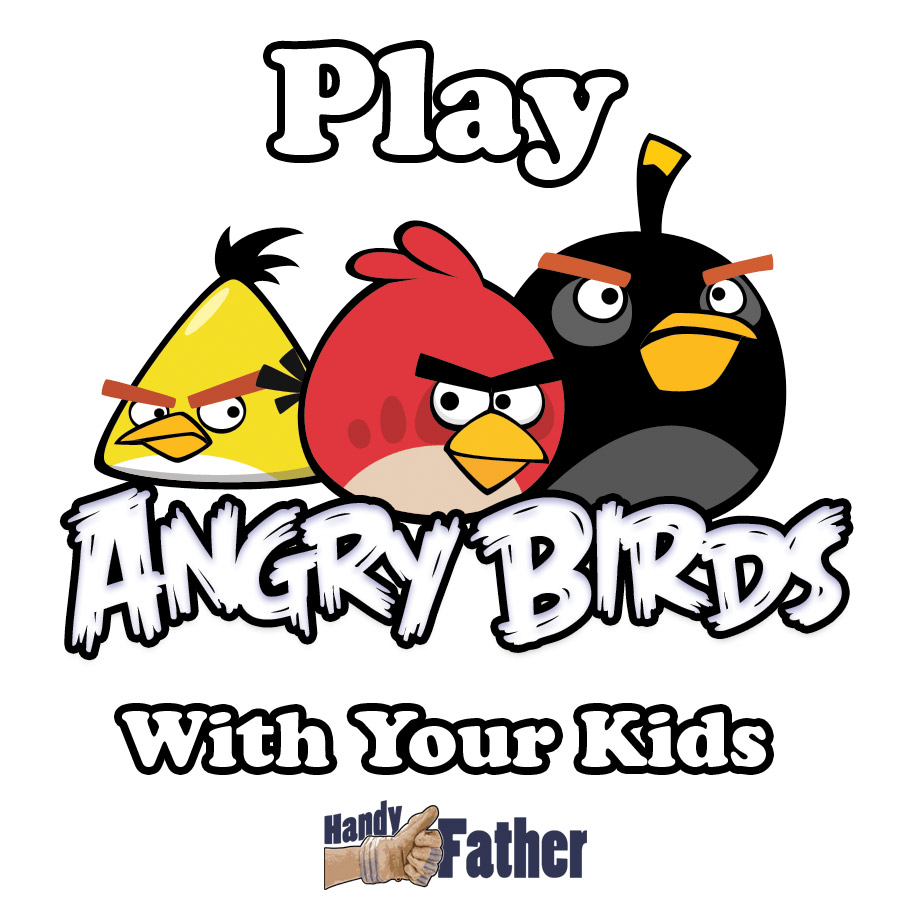 Pure and simple, entertaining and highly addictive; these are the qualities of the multi-platform game Angry Birds. Play angry birds with your kids. Sure, they can play on their own, but spending time with your child is the whole point. My son is the resident Angry Birds lover in the family. He will play it on every system we have, from the iPod and iPhone to my wife’s PC or my Macbook, and even the cheap Android tablet. Some of the best times come from playing Angry Birds with him.
A few ways to play Angry Birds with your kids:

The first way we play Angry Birds together is by taking turns. The kids goes first, and if the level isn’t won by his / her hand, the mouse is passed to me, and I give it my best shot. Turns are alternated until the level is won.
The second way we play is only used when the child wants to play but is simply tired of trying and trying to beat a level. When the kid gives up on an Angry Birds level, it is no longer fun, and it is time for Handy Father to step in and save the day by beating the offending level.
The third way we play Angry Birds together is usually after the game has been beaten, and we work together to get three stars on every level. Usually this is dad playing and the kids giving suggestions for how to get the three stars.