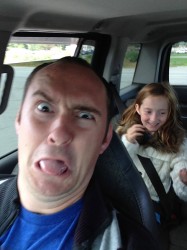 This evening our two youngest children are having a camp-out with their grandparents.  This left my wife and I with our oldest.  We decided to have a night out with the oldest child.  Our oldest is 10, and is way more grown up than our 6 and 3 year old.

We started our night out with the oldest child by going to see a movie than she’s wanted to watch, but the other two kids wouldn’t enjoy and they’re too young.  We went to an early matinee showing of Percy Jackson & The Sea of Monsters.  My daughter really likes the first movie, so we thought this would be a hit.  The movie was great and she thoroughly enjoyed it.  It was also good enough that I didn’t get bored, like what happened when I took the kids to see Planes a couple of weeks ago.

The kids in Percy Jackson should have been one year older, like the actual transition between the 1st and 2nd books, but they look to be 5 years older, and if this trend continues, I don’t know how they could do the next 4 movies.

After the movie, we decided to try out the relatively new Japanese Steak House in Warsaw, Indiana, Yamato.  It was still early. Just before 5pm, and we were the only patrons in the restaurant.  My family loves to eat at hibachi grill places.  This place has hibachi food, but not the kind where they cook it right in front of you, which we didn’t know until we were already inside.  We found some things to order, and you know how the Japanese places always give a bowl of soup and a salad? Well, the soup was some kind of tofu flavor, and it wasn’t very good. The pricing was a little less than other places with similar food, but this food wasn’t as good, and without the show, it was a bit of a let down. 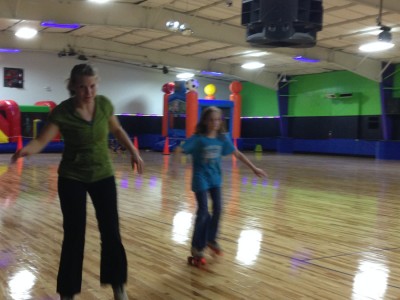 Anyway, after dinner we decided to go rollerskating.  This is another thing we can only do on a night out with the oldest child because it is a bit of a hassle scooting a 3 year old around the rink, and believe it or not, it takes more energy to go slow than it does to go fast.  Our oldest had a great time, and we had a lot of fun too.

It’s definitely a good thing to bring out just one of your kids sometimes and give them your undivided attention.  Each of our kids are special, but it is hard to show it when you’re dividing up your attention 3-ways all the time.