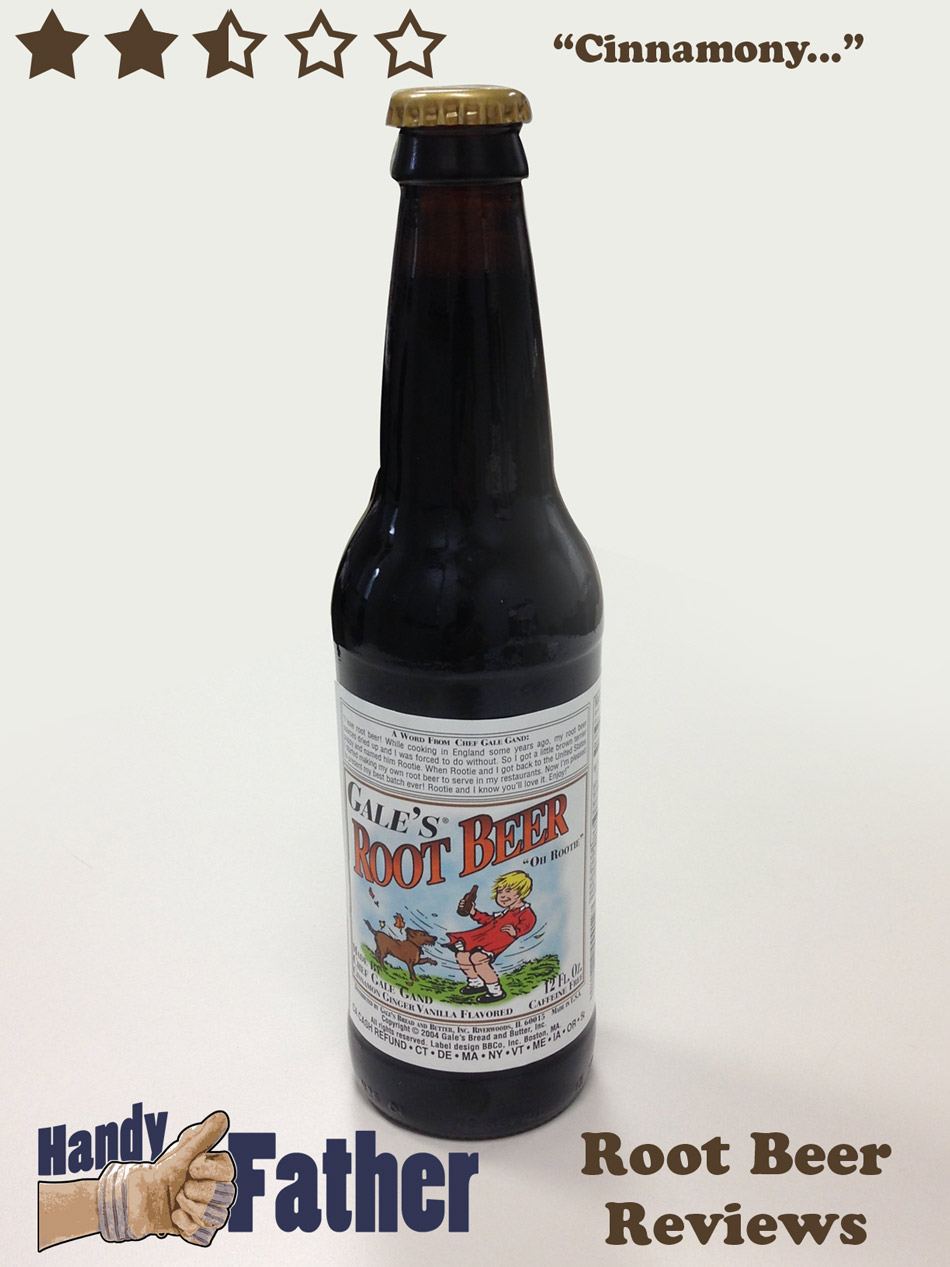 We recently did a Gale’s Root Beer Review.  This brew is made by Chef Gale Gand, and features Cinnamon, Ginger, and Vanilla.

A word from Gale Gand –

“I Love root beer! While cooking in England some years ago my root beer sources dried up and I was forced to do without. So I get a little brown terrier puppy and named him Rootie. When Rootie and I got back to the United States, I started making my own root beer to serve in my restaurants. Now I’m pleased to present my best batch ever! Rootie and I know you’ll love it. Enjoy!”

Like most root beers, Gale’s Root Beer comes in a dark brown bottle.

The bottle’s label is white with a lot of text going on.  It is ugly.

We poured Gale’s into a frosted mug to do the root beer review.  It produced a decent head. It has a low-to-medium amount of carbonation. The smell is good, with an immediate scent of cinnamon, which is interesting to say the very least.  It isn’t what I would consider a typical root beer smell.  One reviewer said it smells like cloves, another…dirty socks!

The first mouthful of Gale’s Root Beer goes in smooth, but with a lingering aftertaste of the cinnamon and ginger.  The flavor that is left in your mouth is akin to a Christmas gingerbread or gingersnaps, though it isn’t really strong.  The flavor is somewhat weak and disappointing.

a try. It is different, and that isn’t always a bad thing.